Its no secret I'm not one for sugar coating shit. I mean really, just look at the name of my blog. If you haven't figured it out by now, you're probably in a corner somewhere dribbling.

The need to be blunt and honest about things translates into all my writing, including poetry. I believe poetry should be a true expression of your feelings and emotions regarding whatever the subject of text is.

Therefore I give you.....Death By Heart. A painful and often dark expression of dealing with heartbreak. Its dedicated to all the douchebags that have inspired every written word within this book.

If you can associate with the feelings of heartache then I suggest you read this. Maybe it can be a world wide collective of therapy and healing for those of us who have experienced the heart crumbling into pieces.

Please purchase it, read it and support Indie Writers. We don't have the backing of publishing companies paying us royalty. If we dont sell the book, we've literally worked our arses off writing for no pay.

Click HERE to go to the amazon page for Death By Heart. Take a sneek peak inside before buying! 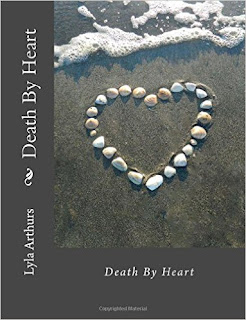 If You Confess Your Sins....

If you haven't heard the latest on the Duggar clan I'd say you are probably living under a rock somewhere. First of all since when is watching some pious family with 19 kids actually entertaining. Then again we live in a world where the Kardashians (Famous for doing...well Nothing) are worshipped as if they have something worthwhile to offer to society. I mean it is important that we encourage the youth of today to go to dangerous lengths to make their lips pout (Inserting Sarcasm Here).

As for the Duggars, it was revealed recently that a police report was filed against Josh Duggar, accusing him of sexual molestation against five female minors, including some of his younger sisters when he was 14. I will give him his due though that he did not try to deny these accusations and did make a statement admitting to this time in his life. He claimed he had sought help for his actions and the forgiveness of Christ. I mean we all know that absolution solves everything, right?

His parents have come forward saying that Josh made some very bad mistakes. Mistakes?! If that's not sugar coating shit I don't know what is. Stop dancing around the issue! Your Son MOLESTED several underage girls. Don't you think that undermines what the victims went through? These poor girls first sexual experience in life was at the hands of a 14 year old boy fiddling with them, and that's just a mistake.

I call BULLSHIT! A mistake is when I drop a glass and break it. That's an oppsie daisy moment in life. Not wilfully abusing someone sexually!

This whole circus of the Duggars life doesn't even begin to take into account the recidivism rate of sexual abusers, especially in those guilty of abusing siblings. Nor does it take into account the fact that it took the Matriarch and Patriarch of the family 3 years to even report the incidents to police. Coincidentally (-cough-) this meant by the time they reported it the statute of limitations had expired. Is anyone else here smelling a great big cesspool of shit forming?

But at the end of the day, he confessed his sins. He gained absolution which makes it alright.

Just like when Catholic priests nonce young boys, confess their sins, gain absolution and get moved by the church to a new assignment so they have fresh meat to nonce all over again.

Similarities Anyone?
Posted by Unknown at 10:47 am No comments:

The Inevitable Demise of Something Beautiful...

I am a proud tree hugging hippy (Not the kind that doesn't shave her legs or not wear deodorant. Injecting Humour Here). This means I'm passionate about preserving our world and the precious things within it. I dream of having the chance to go out on the oceans with Sea Shepherd as a conservation warrior. If it wasn't for the fact I tend to suffer from sea sickness. But this brings me to my blog entry of today which is very much ocean based.

Not many people around the world are probably aware of the plight of the Maui dolphin here in NZ of which there are now less than 50 alive. That's right less than 50 of these dolphins swim in our oceans which makes them critical in the race against extinction. They are the smallest of the dolphin species and in my opinion some of the most beautiful dolphins to swim in our seas. You can only find these little gems within the shallow coastal waters of the North Island of New Zealand.

Most of these dolphins have fallen prey to gillnets and trawling through the fishing industry. Our government came to the party in 2013/2014 banning the use of such things in certain areas, however there has not been a wide spread ban throughout their entire habitat. This is something that conservation experts say is a must in order to protect them and their dwindling numbers. Experts say that within 15 years these dolphins will be extinct due to the current state of things. This is absolutely mind blowing to me that we could wipe out yet another species due to greed, along with several species of Rhinoceros and Orangutan, just to name a few.

What blows my mind even more is that governments, including mine, are allowing this to happen. In fact they are encouraging it. In their infinite wisdom these parliamentary geniuses (Obvious typo that should read Morons) last December decided they would allow 15 new oil drilling permits that included the Maui dolphins marine mammal sanctuary and other ecologically protected areas around NZ. All for the sake of making a dollar or two to line their pockets and the governments coffers.

When in the hell will people finally wake up and realise that if they don't stop destroying what this world has to offer, we will eventually have no world to enjoy. I am left dumbfounded that people can't get this through the thick layers of their skulls. All because they are blinded by the almighty dollar.

I'm not one to often quote the bible but with each passing day that our world suffers and dwindles I am reminded of this truth and the destruction of our world that lies before us.

The Love Of Money Is The Root Of All Evil.
Posted by Unknown at 4:12 pm No comments:

On August 19 2013 my little country of New Zealand became the 15th country to allow Marriage Equality. Today Ireland joined the exclusive club allowing same sex couples to marry. Mother nature celebrated this historical day by displaying a beautiful double rainbow across Dublin. If that doesnt say something I don't know what does.

What really makes this occassion special is the fact that this was voted in through a referendum by the the public, with a winning margain of 62%. It would seem the people's voice is screaming loudly that acceptance of sexuality is an important part of life these days.

Now I know there are plenty of people out there that don't support marriage equality with their narrowminded ignorance. One such person who has caught my attention in recent weeks is Michele Bachmann who is a Republican and former member of the US House of Representatives.

For those that are not up with the play on Michele Bachmann she has been a huge voice in the anti marriage equality campaign in America. When the first devastating earthquake in Nepal hit she was quoted as saying that there was a direct link between gay marriage in America and the earthquake in Nepal and that the rapture is coming. My one question I would love to pose to this women is how does this explain all the hundreds and thousands of earthquakes over the years that have happened long before marriage equality became the "in thing".

A few earthquakes and disasters happen across the world and suddenly the faithful droves of happy clappers worldwide start dancing with glee and proclaiming the end is 'nigh. If that's the case then the end has been on the cards almost since the beginning of times. Can someone give these morons a history lesson in natural disasters?

Then again this is the woman who in her expert knowledge exclaimed to the world that the HPV vaccine causes retardation. How did she know this to be steadfast and true? She apparently met one women after a debate that clarified this for her. Therefore it must be accurate! What is blindingly obvious is that Michele Bachmann must have had the HPV vaccine at some stage to account for her moronic and imbecilic rantings.
Posted by Unknown at 1:31 pm No comments: